​​​Their 4 grown-up sons, Jason, Leif, Spencer, and Baby Miles, also invite you to read The Farmer's Wife. Learn what transpires when boys grow up working on a dairy farm.

With their four sons, the Hamricks operated a family dairy farm for 16 years, 1970-1986, until the dairy farm crisis, caused by a national surplus of milk, forced them out of dairying and into “real” jobs.  Kathryn retired in 2013 after 25 years with a major financial services firm. Cline operates a horse and carriage service. 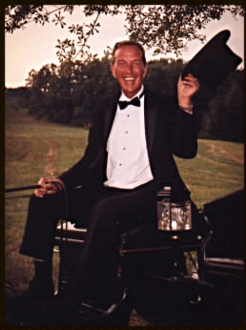 Cline B. Hamrick is a native of Grassy Pond, South Carolina. The son of a dairy farmer and a piano teacher, he grew up in Boiling Springs, North Carolina. After graduation from Gardner-Webb Junior College, he earned a degree in dairy science from NC State University and began a career at the university as a dairy specialist.  Once he found a wife, he decided the time had come to go home to farm…What he did not foresee was that this agricultural decision would turn him into weekly column fodder. 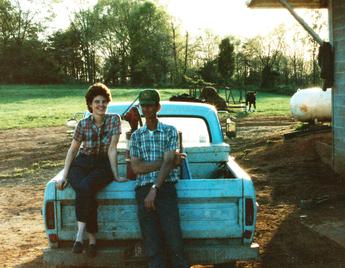